This is a seven-layer model, which we show in Figure 1.14, along with the approximate mapping to the Internet protocol suite. 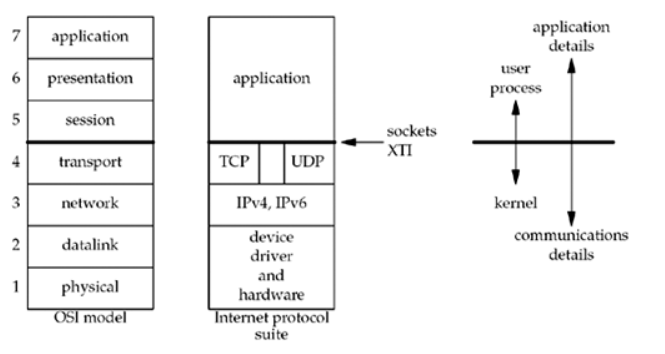 How to Calculate Binary (Divide Method)

Helpful Series of Numbers for Subnetting 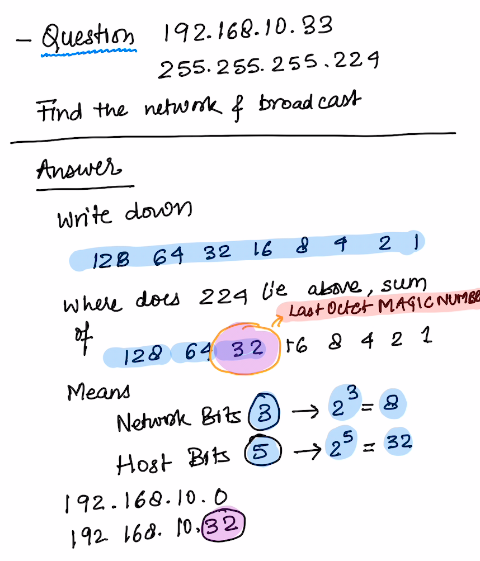 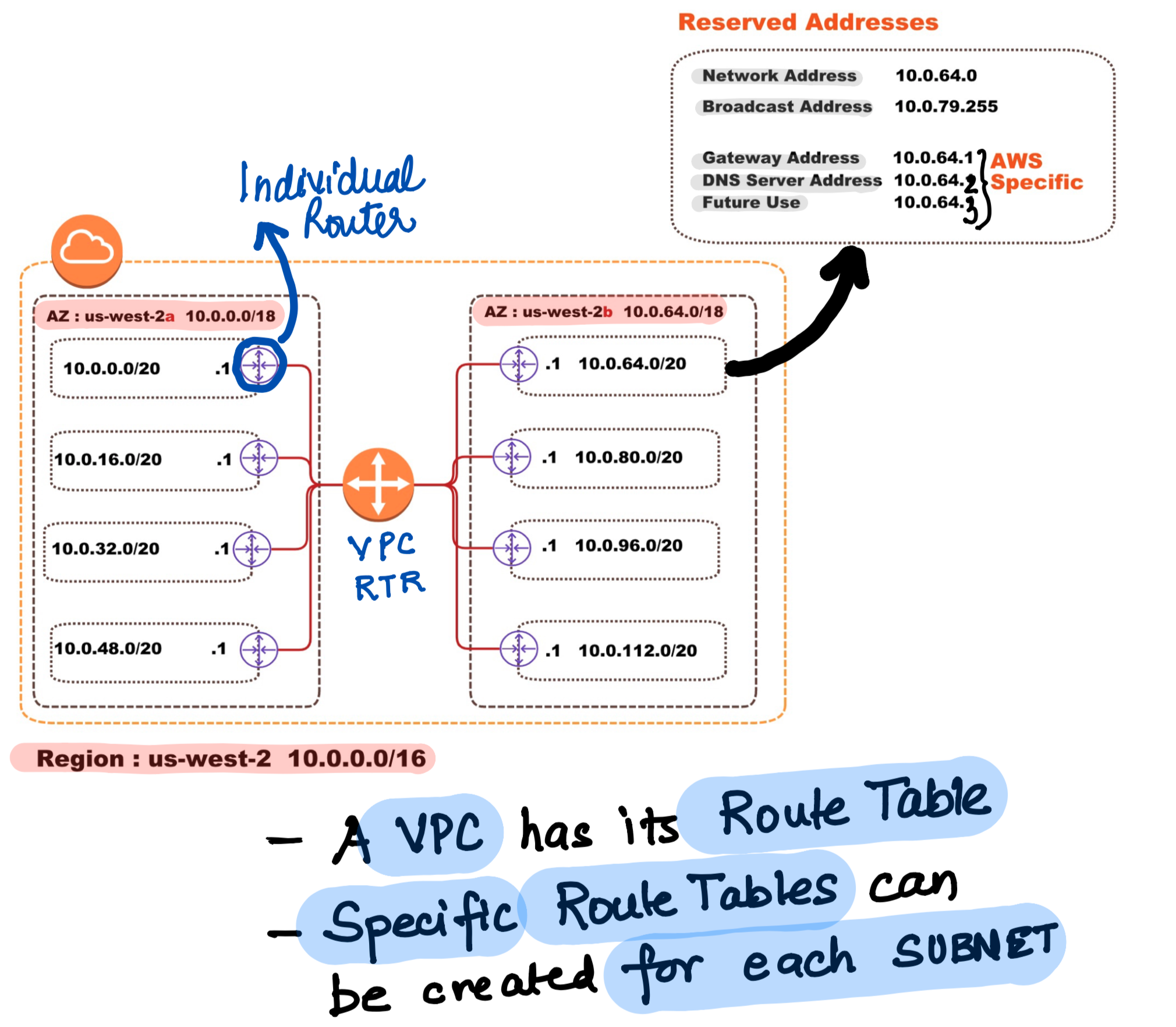 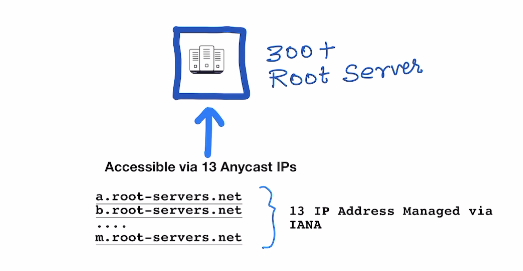 The 13 Anycast IP Address are operated by 12 Organisations

Why there are only 13 root servers? At the time the DNS was designed, the IP address in use was IPv4, which contains 32 bits. For efficient networking and better performance, these IP addresses should fit into a single packet (using UDP, the DNS’s default protocol). Using IPv4, the DNS data that can fit into a single packet is limited to 512 bytes. As each IPv4 address requires 32 bytes, having 13 servers uses 416 bytes, leaving up to 96 bytes for the remaining protocol information.

As an IPv6 address is not limited by these constraints, it is possible new root servers may be established in the future.

Before DNS , there was a large HOSTS.TXT which has a mapping of all the ARPANETs hosts.

It was extremely difficult to manage and update hosts with this approach. Lookup on the file was seqeuntial , updates were slow and new host addition tool a lot of time. 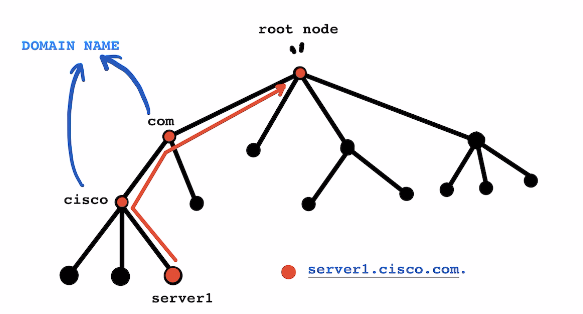 Domains are group of related nodes , thy are subtree of the the namespace they are in.

Delegation is a process allocation Sub-Domains to different companies for their management , MACD and upkeep. 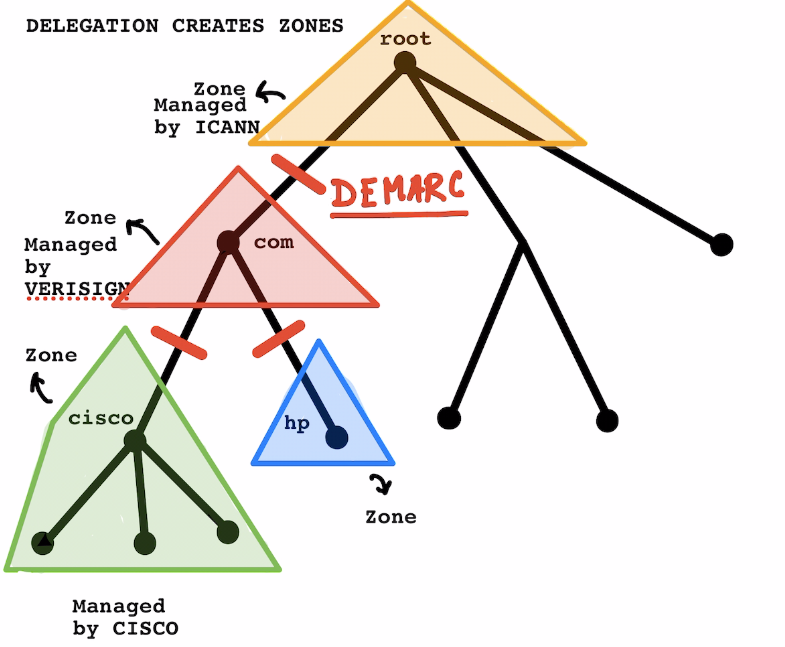 Look at the example below , it shows how .gove is writtent in chinese , Google in Japanese and site in Arabic .

Since DNS Native canot support such characters , enter the world of Punnycodes .

A name server has the database of the names (DNS to IP Mappings). Name servers load data in zones , the administrative units in DNS.

A name server may load thousands of zones , but anever loads the entire namespace.

**A name server that loads an entire zone is AUTHORITATIVE for that zone; which means this name server can answer any quesry about any domain name in the zone**

Se below on how a typical DNS query looks like .

Notice above the amound of the work the server in the middle has to do with processing the REFFERALS and recursing through the DNS tree. It means this server has recursion enabled.

Most resolvers send recursive name queries as they are not smart engough to follow refferals.

Most name servers are smart enough to follow refferals and send non recursive queries by default. It gives the name server and option to reply back with refferal. Its beneficial to receive refferals as it contains valuable information. 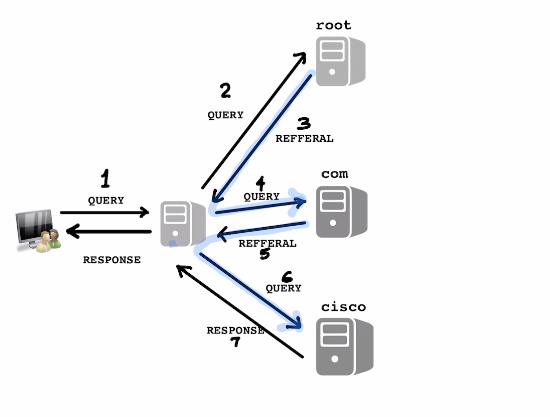 DNS used UDP , the QUERY and RESPONSE are the same format. 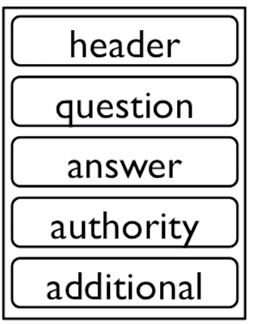 The HEADER and the QUESTION section are always present! Even on the RESPONSE packet.

Whether the other sections above are present are not are dependedent on the type of response , depending on whenter its and ANSWER or REFFERAL.

Just to carry data in form of Resorce Records

Server Selection algorithm is how the name server to be queries is choosen. BIND ( a variant of name server) chooses based on the response time.

As we understood each concepts above about Authority , Recursiveness and Caching ; lets look at the servers of these types.

Authoritative Server : A name server whose primary function is to answer non-recursive queries for data in its authoritative zones. 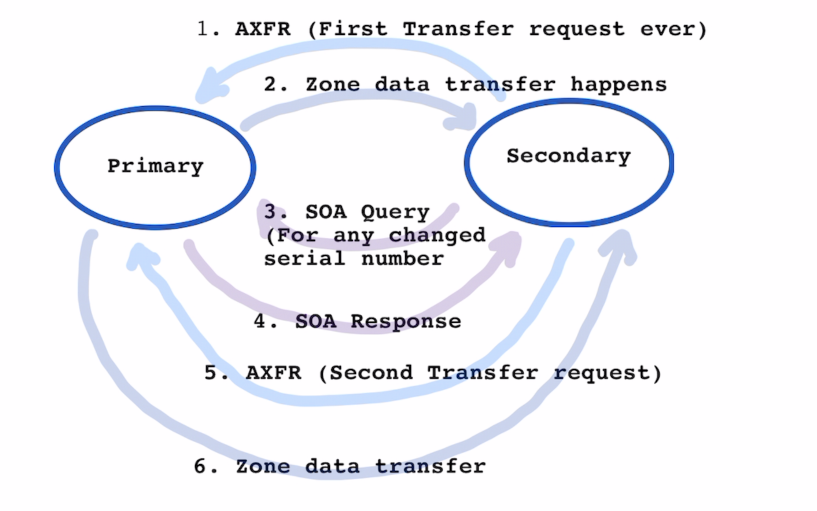 A forwarder does not forward queries. A forwarder receives queries that are FORWARDED to it by other name server.

Its a way to build a rich in house name server. All the name servers internally in a company point to the Forwarder which in turn goes to the internet for queries. This also simplifies firewall tasks.

These are the units of data stored in the DNS namespace.

The A Record and the AAAA Record

These are the IPv4 Address records. IPv6 A record is called AAAA Record. It has 4 A’s since its 4 times the 8bits IPv4 Address.

If both A and AAAA records are available for a Host, some clients will prefer the IPv6 over IPv4 record ; and some will connect to both AND use the one which is faster. This algorithm is call the HAPPY EYEBALLS.

This is used for Reverse Lookups.

Why do we need another record for IP to Name lookup , why cant we use the A / AAAA record for the same. Well we could but it does not allow exhaustive tiered lookup for the IP Address.

A CNAME Record is an alias in DNS. When a DNS Server does not have a A record for the query , it responds back with the CNAME record if it has it to the querier. THe queries then restarts the lookup process with this new name provide to with the CNAME field.

SRV, or service record. It’s like a general purpose MX record that can work with any service. The syntax of the SRV record is a little more complicated than the MX record.

The TXT, or text record, can be used to attach comments or almost anything else to domain names in the name space.

Diffie Hellman is the algorith that generates a KEY . Lifetime of a DH key is 3600 secs (1hr).

There are two tunnels : 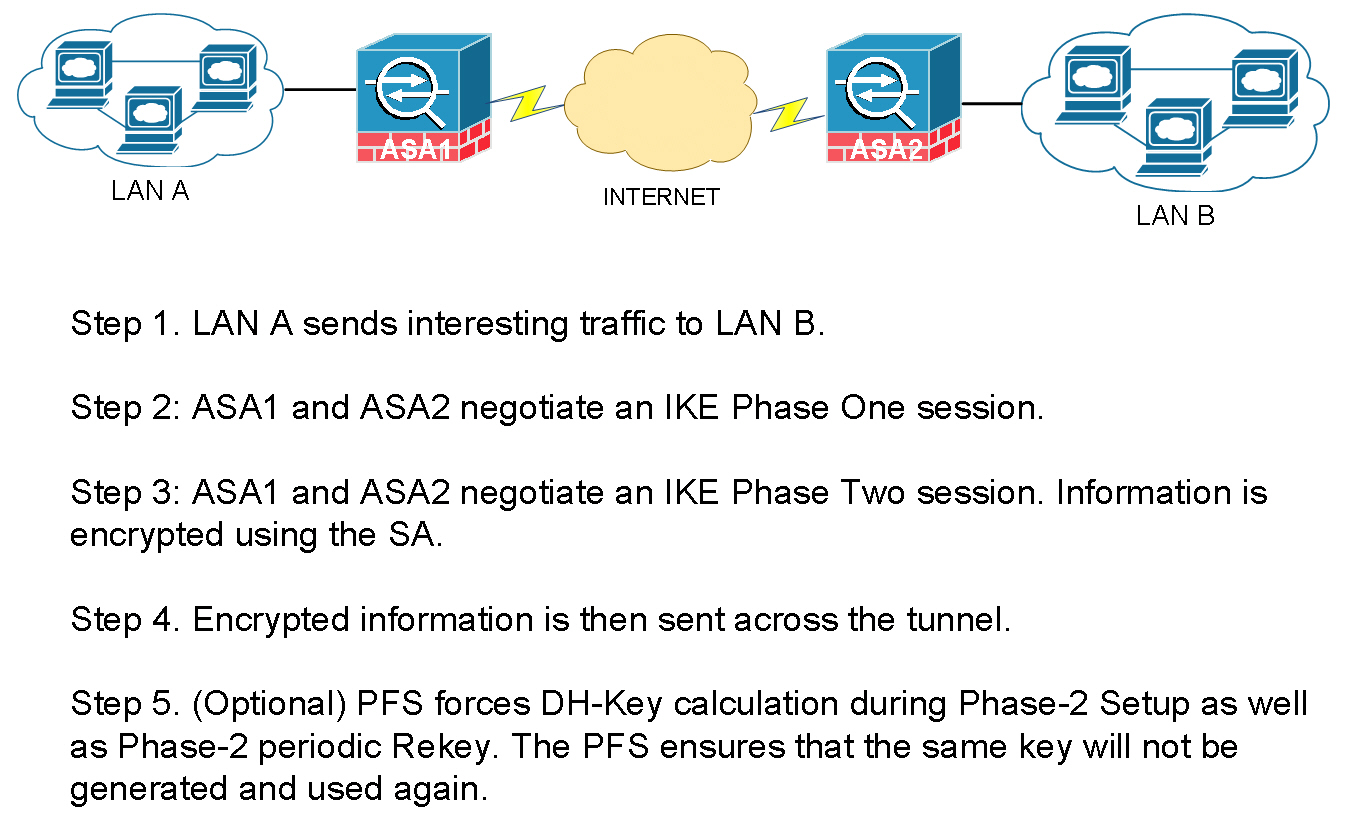 Though its not recommened , you can manually setup the Phase 2 tunnel to use a manual key skipping the Phase 1 negotiation (without using ISAKMP). 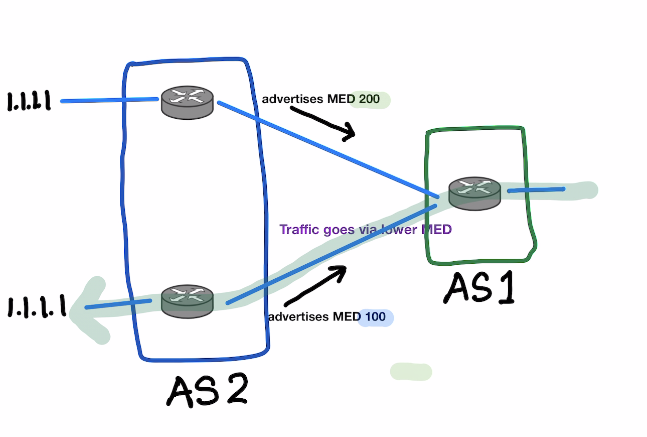 Not All AWS Services are availaible globally , one of the example of a Global Service is the IAM

Now within each Availabilty Zone there can be multiple Datacenters

So as an example S3 is replicated accross all Availabilty Zones and all Datacenters for reliability and high availaibility. 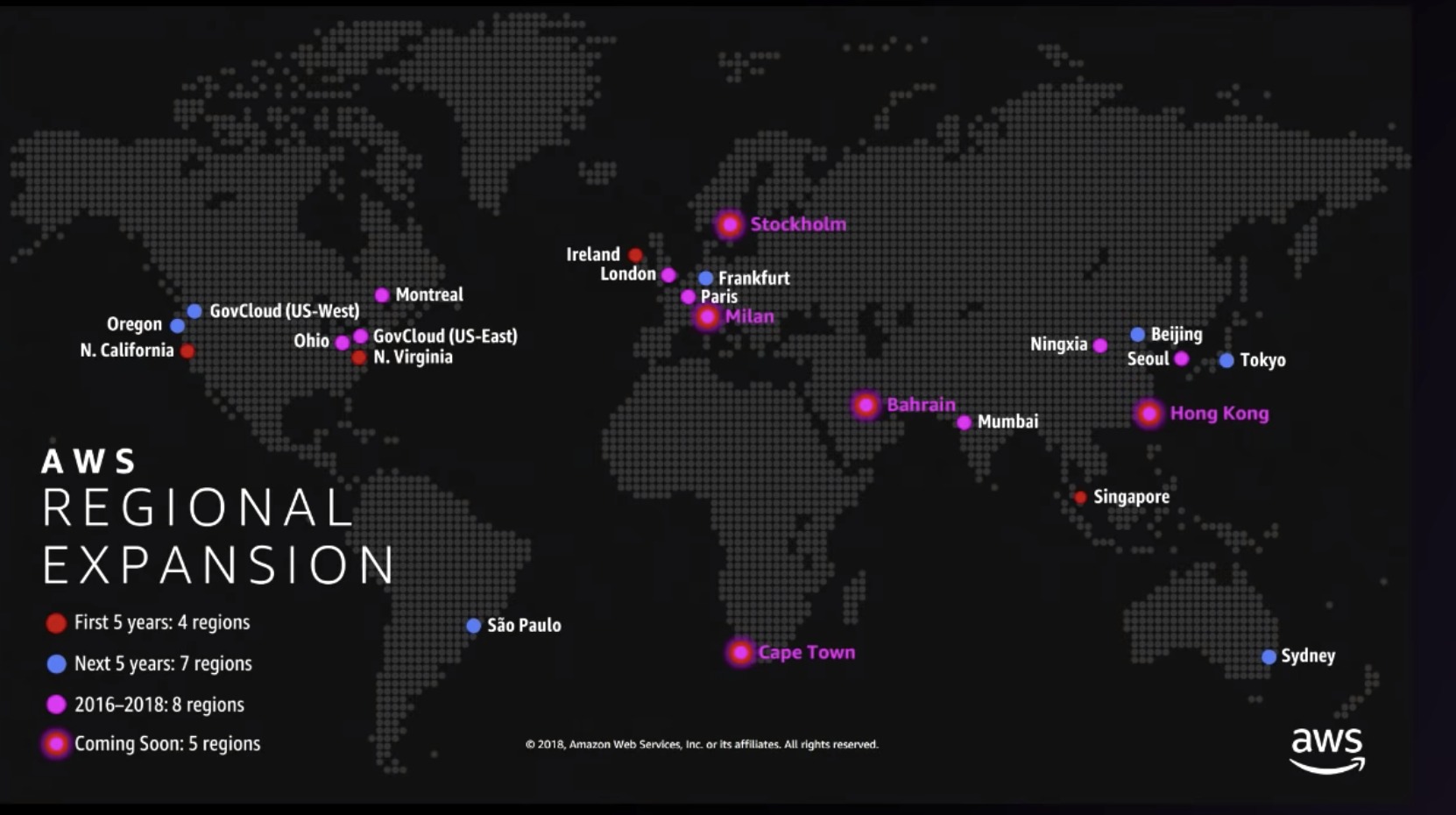 Let look into one of the Regions: US East Each region has at least 2 availaibility zones. Instead of a DC being a region, AWS has an AZ as a Region. There are two transit centers which connect to customers.

The AZs are quite apart (few miles). The speed between AZs are extremely high. 25Tbps. 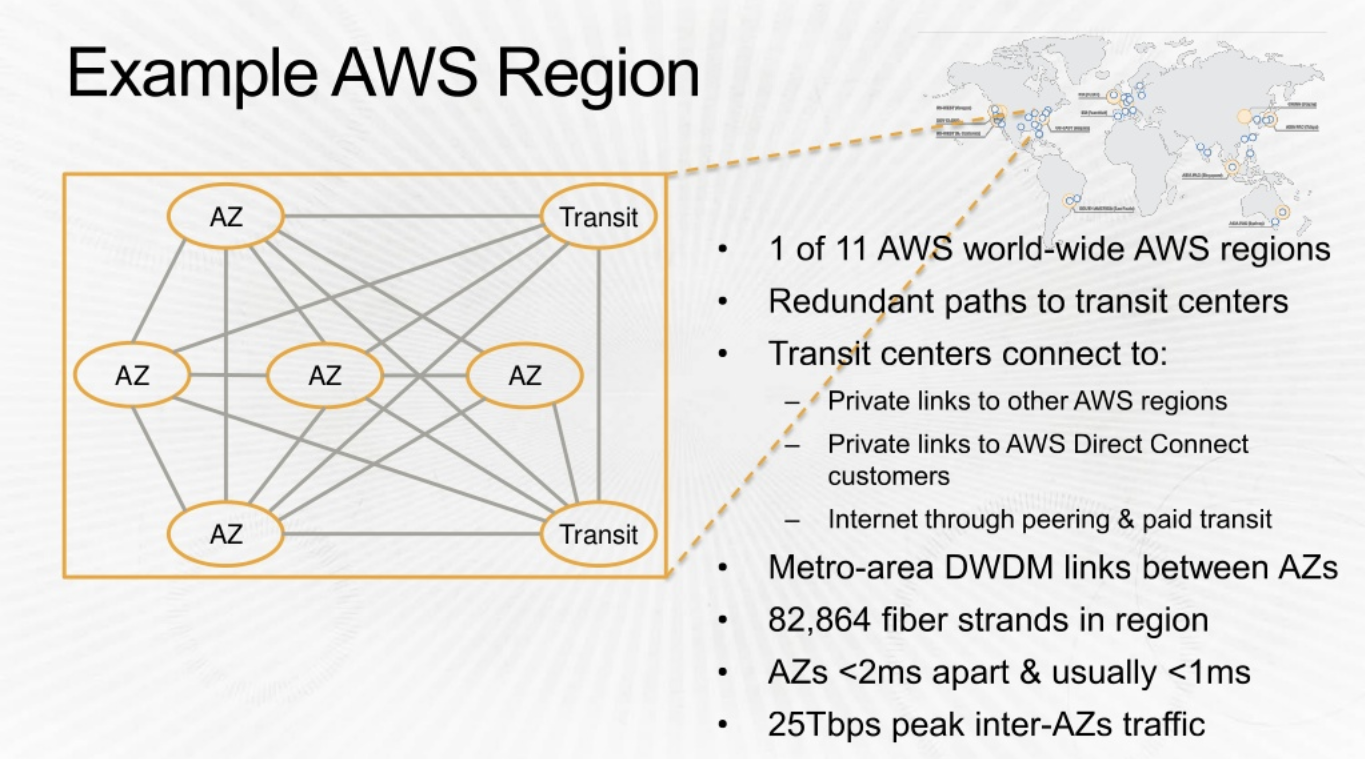 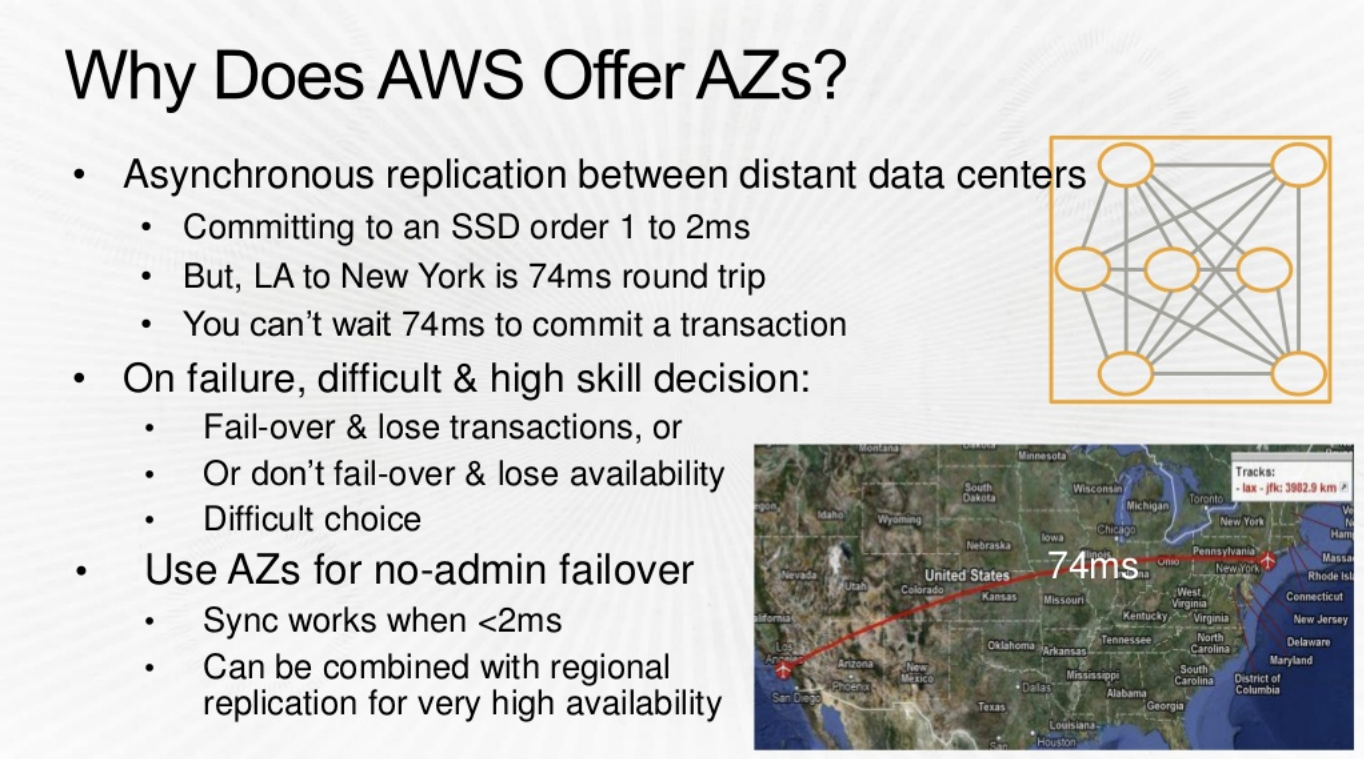 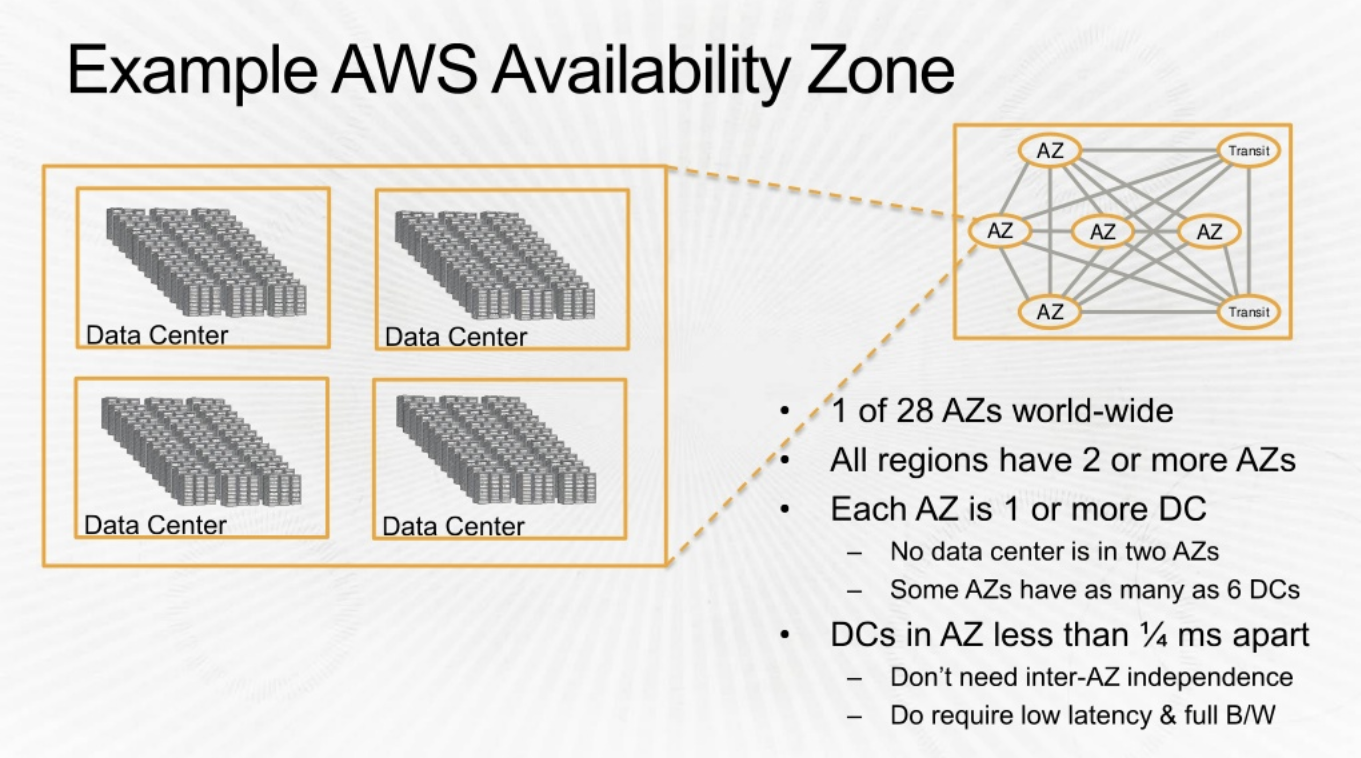 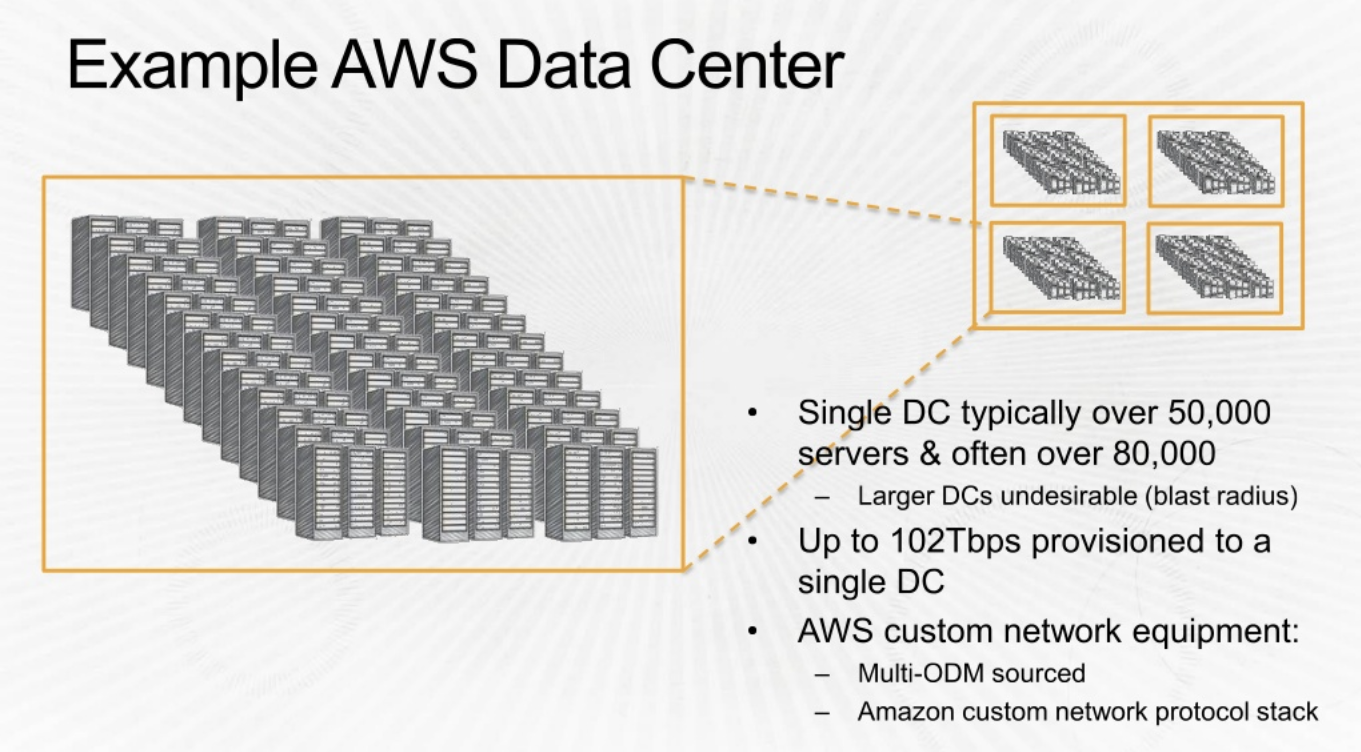 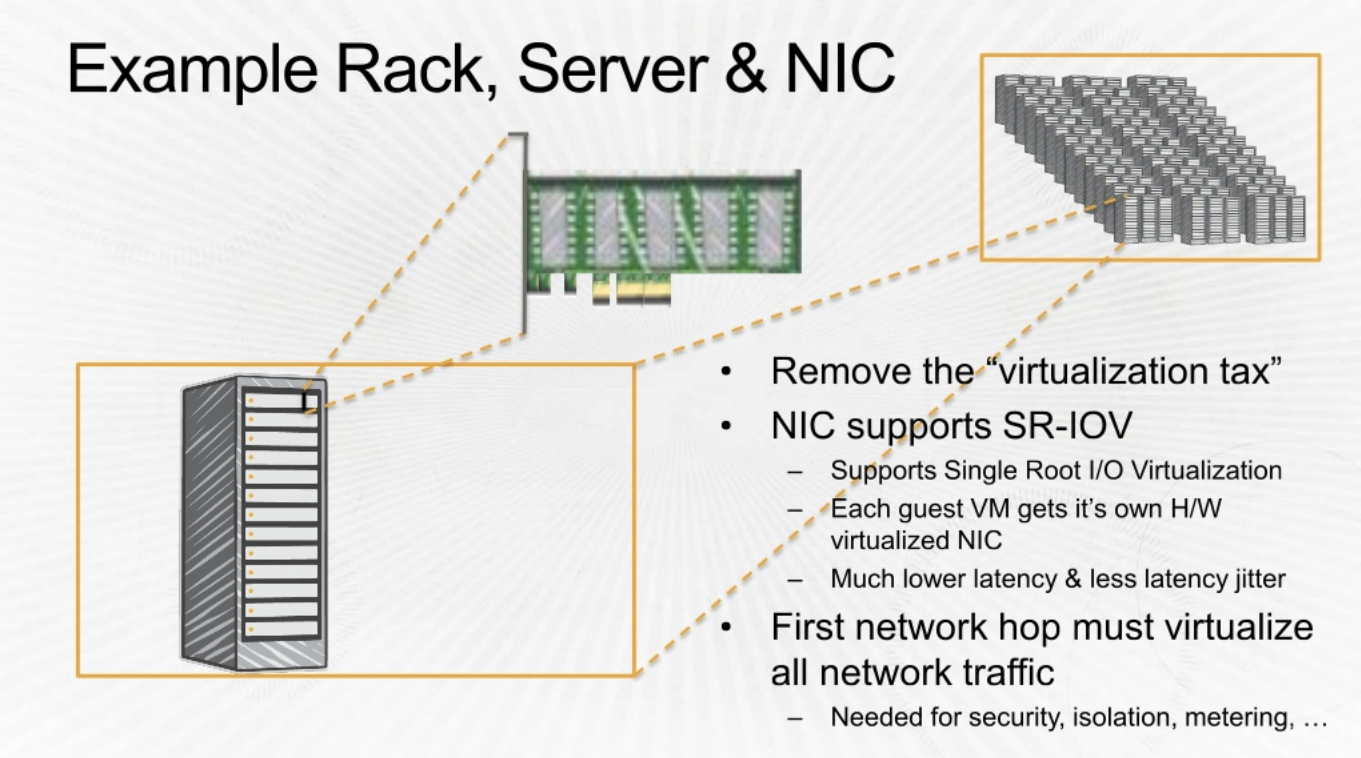 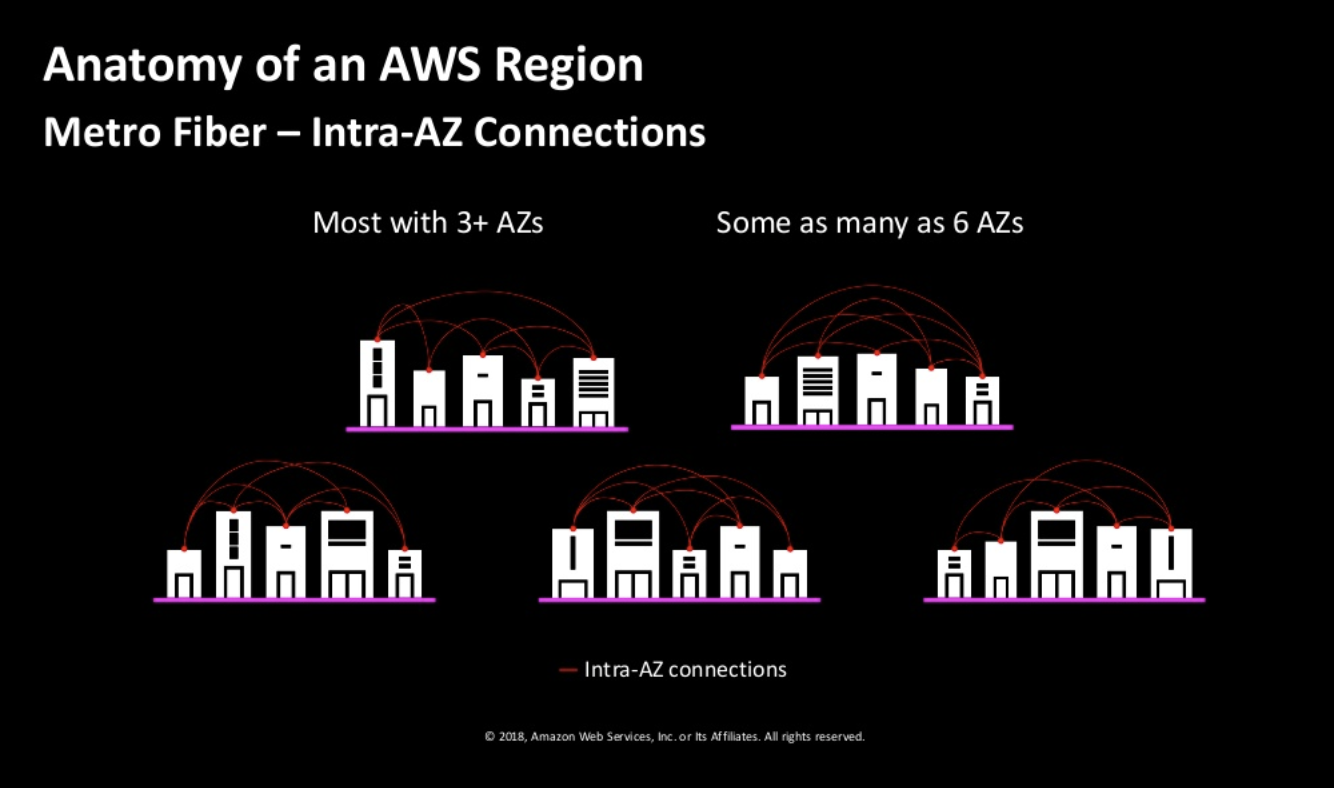 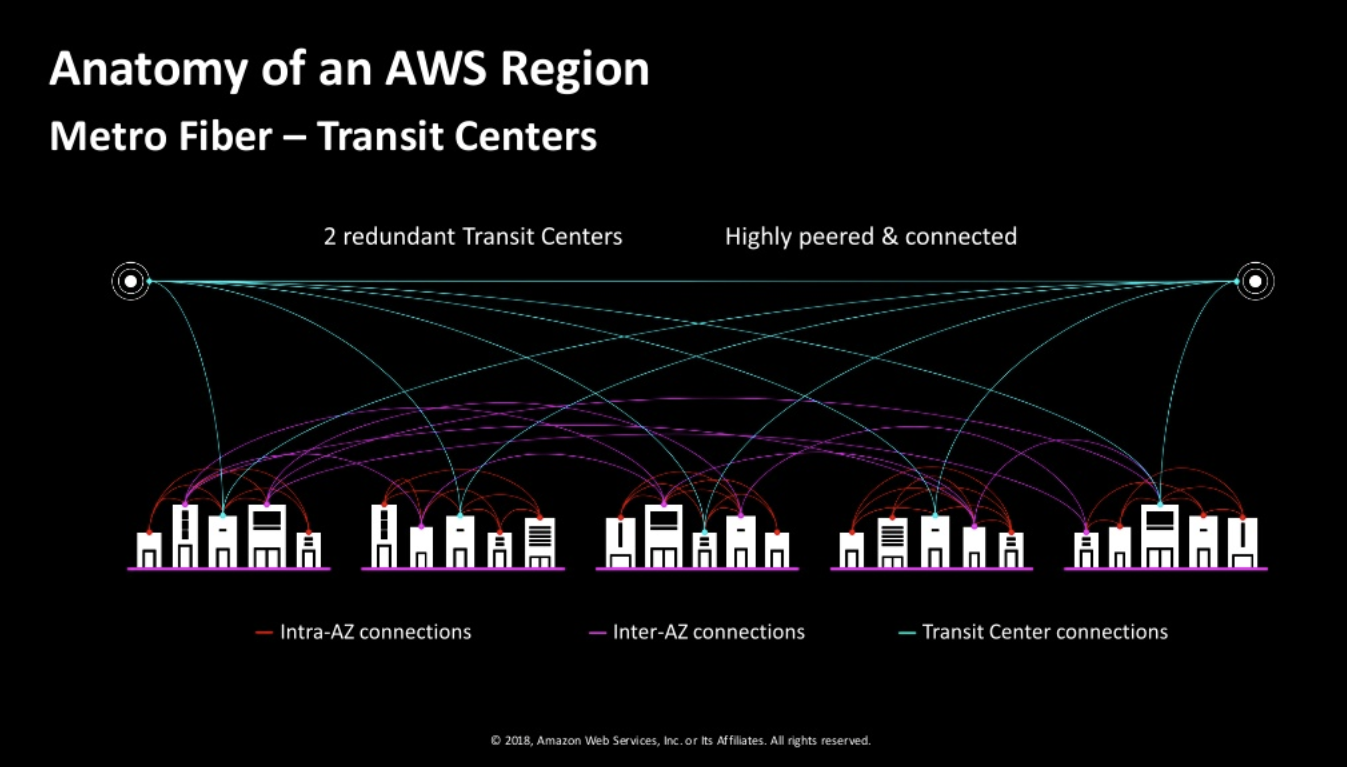 Now as we further move ahead , the VPC : 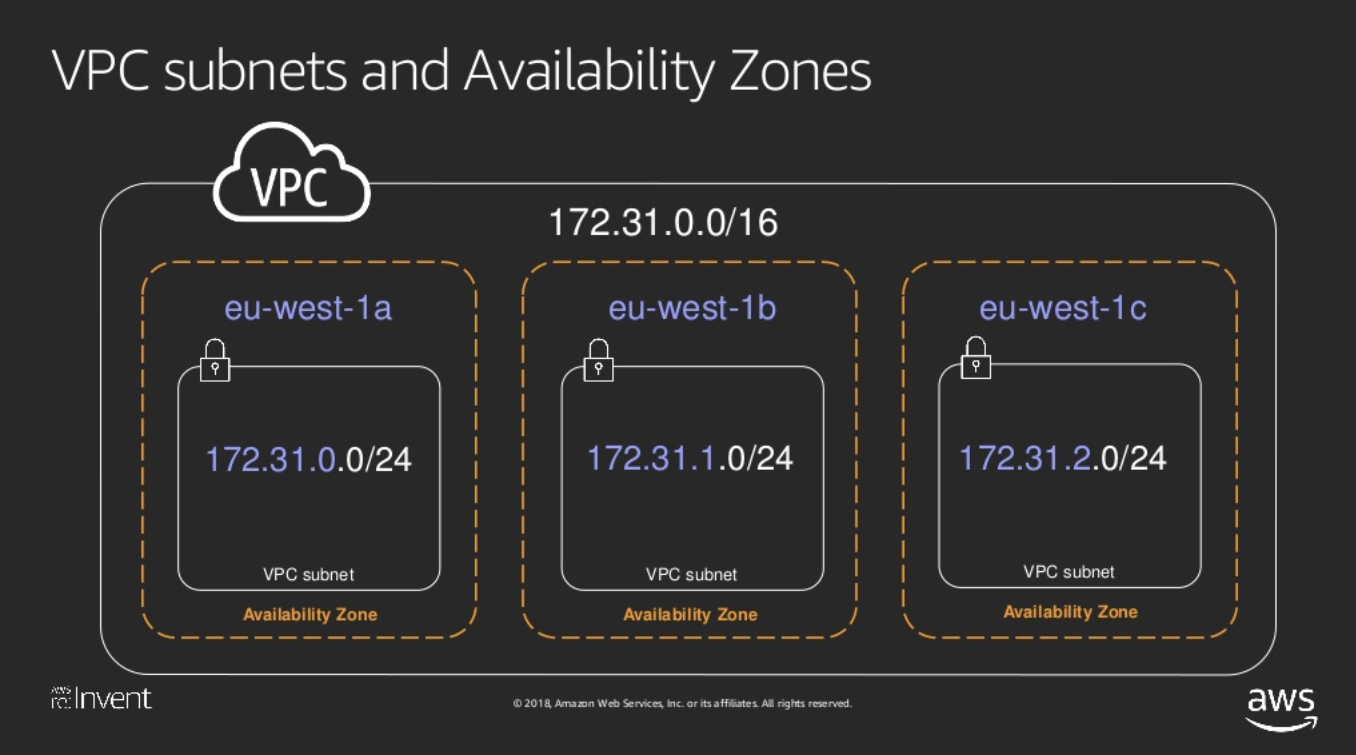 Security Groups are State Full , once you allow a traffic inbount , there is no need to create an outbout rule for the same. NACLs are not statefull , both INBOUND and OUTBOUND rules need to be created 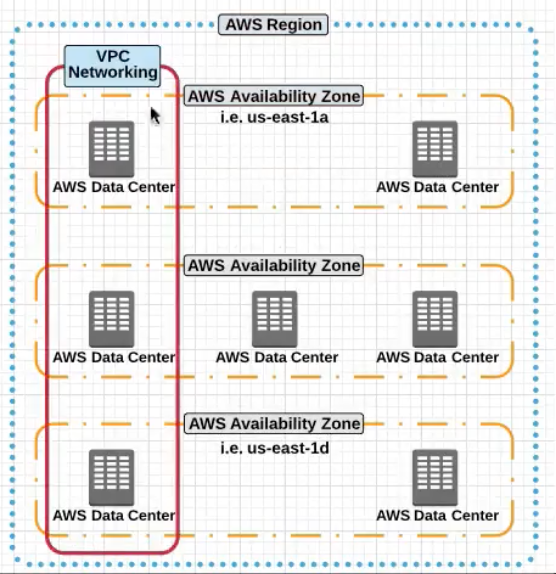